The Guns of August- Barbara Tuchman

Barbara Tuchman’s definitive account of the first few months of World War One stands the test of time and remains one of the finest pieces of historical writing.

Despite having been written back in 1962, its age does not show, and it remains a thoroughly modern insight into the outbreak of the First World War. Readers are taken on a journey through the pre-war mentalities that helped launch the conflict up until the Anglo-French victory at the First Battle of the Marne, which by driving the Germans from the gates of Paris ensured the war would last years rather than weeks.

The book is well-paced, carrying its reader across the globe to examine this crucial period in world history. Readers will not feel bogged down as there are few detailed accounts of actual combat, Tuchman instead focuses on the key decision makers and most description takes place on a strategic level. This ensures the overall military picture is not lost and that the impact of those battlefield accounts which are included are not diminished by oversaturation.

Much consideration is paid to the individuals played key roles during this period. The attention to detail, drawn from the author’s extensive research, allows Tuchman to minutely sculpt historical figures into fully fledged human portraits laden with both their virtues and vices. These portraits range from the bellicose and faintly ridiculous Kaiser Wilhelm II, obsessed with the dead Edward VII, to the arrogant and stubborn Field Marshal Joffre, whose belief in French Elan would bring France to the edge of defeat.

Tuchman’s portraits are not static images. Some men undergo a transformation, reshaped by the horrors of war. We see Sir John French, Commander of the BEF, evolve, beaten by the brutality of this first truly modern conflict, from dashing cavalry officer into a melancholic husk. The author’s ability to get to the very heart of such men, whose jobs necessitated sending thousands to their deaths, makes this a very modern history, allowing us to better understand what lay behind the orders they gave.

The chapter on the German ships the Goeben and the Breslau, a daring tale of escape which would be vital in later bringing the Ottoman Empire into the war, is one of the finest in the book.  It showcases Tuchman’s ability to bring history alive whilst imparting great insights and detail, some which are drawn from her own family’s experiences; her maternal grandfather was US ambassador to the Ottoman Empire. However, it is also symptomatic of this book’s greatest limitation; ultimately Tuchman is highly resistant to be drawn away from her historical narrative, which is always building towards the climax on the Marne.

While the sojourns to the vast Atlantic Ocean, the steaming Mediterranean, and the dark forests of Prussia are fascinating, they are all too brief. Instead the author’s focus is very much on the conflict in the West, which results in other theatres being excluded from close examination. The conflict in the Balkans and the role of Austria-Hungary in particular is barely mentioned. Tuchman instead places blame for the First World War firmly at the door of the Germans, citing its aggressive expansionist mindset. Meaning that while most key events are present, some are only mentioned in passing and others are ignored entirely.

This book suffers somewhat from its heavy use of allusions to the future, some of which are quite vague. As such this book is not, and should not be treated as, a beginner’s introduction to the First World War. Having a basic knowledge of the chronology and key events of the war is critical to fully enjoying this title. Without this knowledge some chapters, especially the one on the naval conflict in the Atlantic, cannot be properly understood. However, it should be said that without such allusions to the future the book would feel slightly adrift from the rest of the First World War.

The small quibbles I have with this book are in truth just quibbles. Just make sure you come prepared. 56 years on from when it was first published it is still easy to see why it was both such a commercial and critical success, becoming the first ever book on non-American history to win a Pulitzer Prize.

It continues to be a classic. 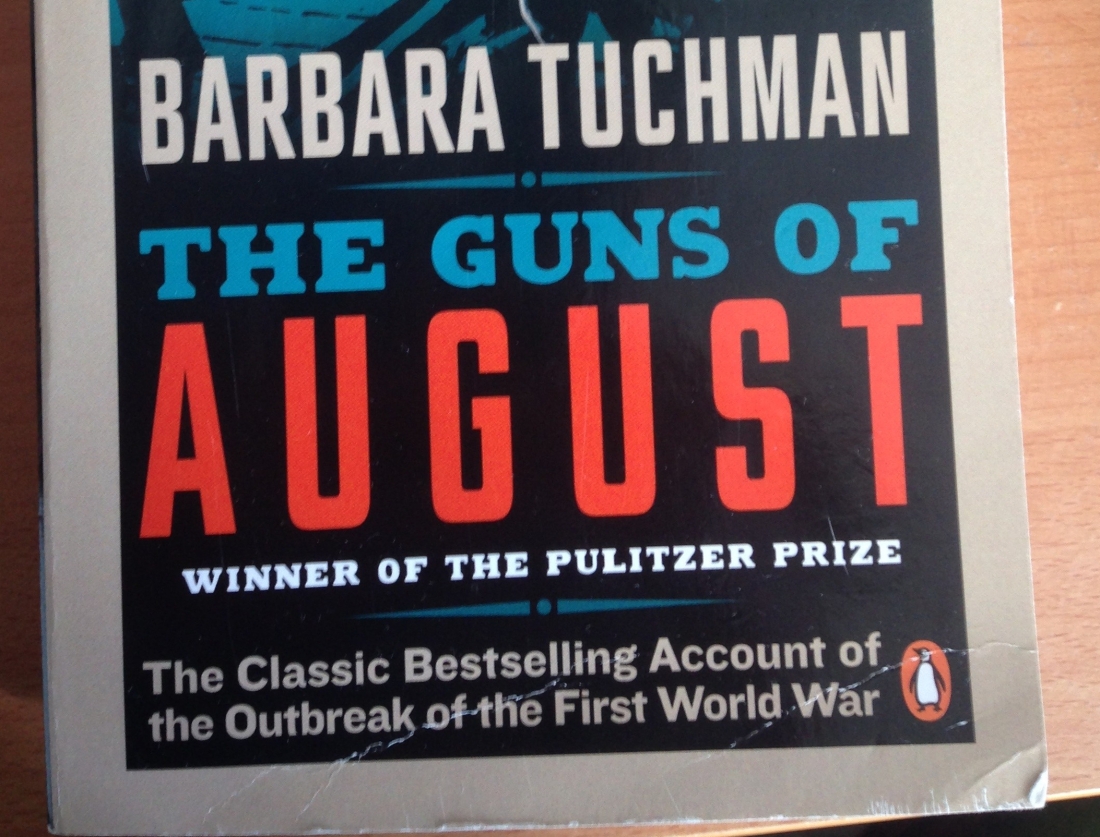 View all posts by lidders95